You don’t have to spend much time with the Raspberries’ quartet of early 70s albums before you start wondering why the group never established a major presence on the pop charts. I could advance assorted theories about that, but what matters is that their pioneering power-pop sound had a lot going for it, including full-bodied Jimmy Ienner productions, infectious original songs, gorgeous harmonies, and the sensational lead vocals of Eric Carmen, who at times sounds uncannily like Paul McCartney.

The group disbanded in 1975 (after which Carmen had a successful run as a solo artist), but they reemerged three decades later with a national reunion tour. That tour spawned Live on Sunset Strip, a 13-track 2007 collection that rarely strayed from the Raspberries’ best-known material. Now, from the concert that led to that tour, comes a better and more wide-ranging concert collection, Pop Art Live. The album features the group’s classic lineup plus additional musicians who, as Carmen says from the stage, are “playing all the parts we played on our records but can’t do with just four people.” Recorded in 2004 in the band’s hometown of Cleveland, Ohio, it delivers two hours of music on two CDs and makes the strongest case yet for the band’s importance.

The album includes high-octane versions of the Raspberries’ biggest hits, among them “Overnight Sensation (Hit Record)” and a trio of tunes that capture the excitement, longing, and lust of teen romance: “Go All the Way” (a number-five hit), “I Wanna Be With You,” and “Let’s Pretend.” Also here are a few songs that should have been hits, such as “I Can Remember,” a lush number that sounds redolent of Carmen’s later solo work; and renditions of “No Reply,” “Baby’s in Black,” and “Ticket to Ride” that make clear how much the Beatles influenced the Raspberries. A faithful cover of the Who’s “Can’t Explain” suggests that that outfit was an influence as well. So was Brian Wilson, whose harmony-laden tales of teen romance are echoed by much of the original material here.

Among the biggest treats on Pop Art Live are two songs from the Choir, the group that became the Raspberries when Carmen joined their lineup. “When You Were with Me,” which offers three and a half minutes of jangling guitars and splendid harmonies, ranks with the best of what issued from the British Invasion. A spirited version of “It’s Cold Outside,” the Choir’s best-known song, is even better. It reminds me a bit of the Hollies and is as good as anything they ever did. It’s also better than the Choir’s likable original (which you can find on Rhino’s Nuggets box set).

Carmen wrote the lion’s share of the Raspberries’ material, which is fortunate, since he was easily the group’s most gifted composer. On a few of the cuts on Pop Art Live that he didn’t author, such as “Hard to Get Over a Heartache” and “Party’s Over,” harmonies and melody take a backseat, with prosaic results. But there are far more peaks than valleys on this package, which is bound to delight the Raspberries’ longtime fans while winning the group new followers. 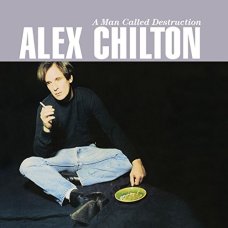 Alex Chilton, A Man Called Destruction. As I noted here last spring, this has been quite a time for fans of Big Star. In the last year, we’ve seen a vastly expanded release of their third album, a tribute concert CD/DVD, and a collection of early work from the group’s Chris Bell. Now comes an enlarged version of a 1995 solo package from the late Big Star prime mover Alex Chilton, a followup to Cliches, which in 1994 became his first full-length album in seven years. Chilton—who sang lead on the Box Tops’ 1960s hits “The Letter” and “Cry Like a Baby”—was a man of many moods and styles who didn’t like to repeat himself. On this largely successful album, which adds seven bonus tracks to the original 12, he serves up a wide-ranging menu of jazz- and R&B-influenced rock and roll, all tinged with his trademark irony. Among the highlights: Chilton’s organ-spiced rockabilly instrumental “Boplexity” and the Brian Wilson–coauthored “New Girl in School,” which sounds as if it features backup by Jan and Dean. (It doesn’t, but that duo did have a minor hit with the song in 1964.)

Andrew Belle, Dive Deep. According to his publicists, Chicago-based singer/songwriter Andrew Belle crafted this third album after a “particularly dark time” in which he lost his voice for more than two months, “forcing him to confront what his life might look like without music at its center.” The record finds him continuing down the synthesizer-assisted atmospheric path he followed on Black Bear, his sophomore effort. Expect lush, dreamy soundscapes, hypnotic beats, earthy vocals, and introspective lyrics. The songs variously remind me of Chris Rea and Peter Gabriel; Belle himself cites more contemporary influences like Beach House and M83, which also make good reference points. 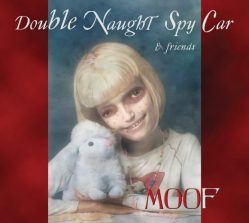 Double Naught Spy Car, Moof. A press release notes that the music of this L.A.-based instrumental outfit has been called “surf noir, jazz on acid, spaghetti middle eastern, and ‘difficult.’” I’ll go along with most of that—especially surf noir. As for “difficult,” the music on this fifth album—which includes contributions by numerous guest artists—is undoubtedly difficult to play, but it’s also accessible and easy to appreciate. Listening to these adventurous, tightly constructed tracks, which put guitars in the forefront but also liberally incorporate keyboards and brass, I kept coming back to the word “thrilling.” Highly recommended.