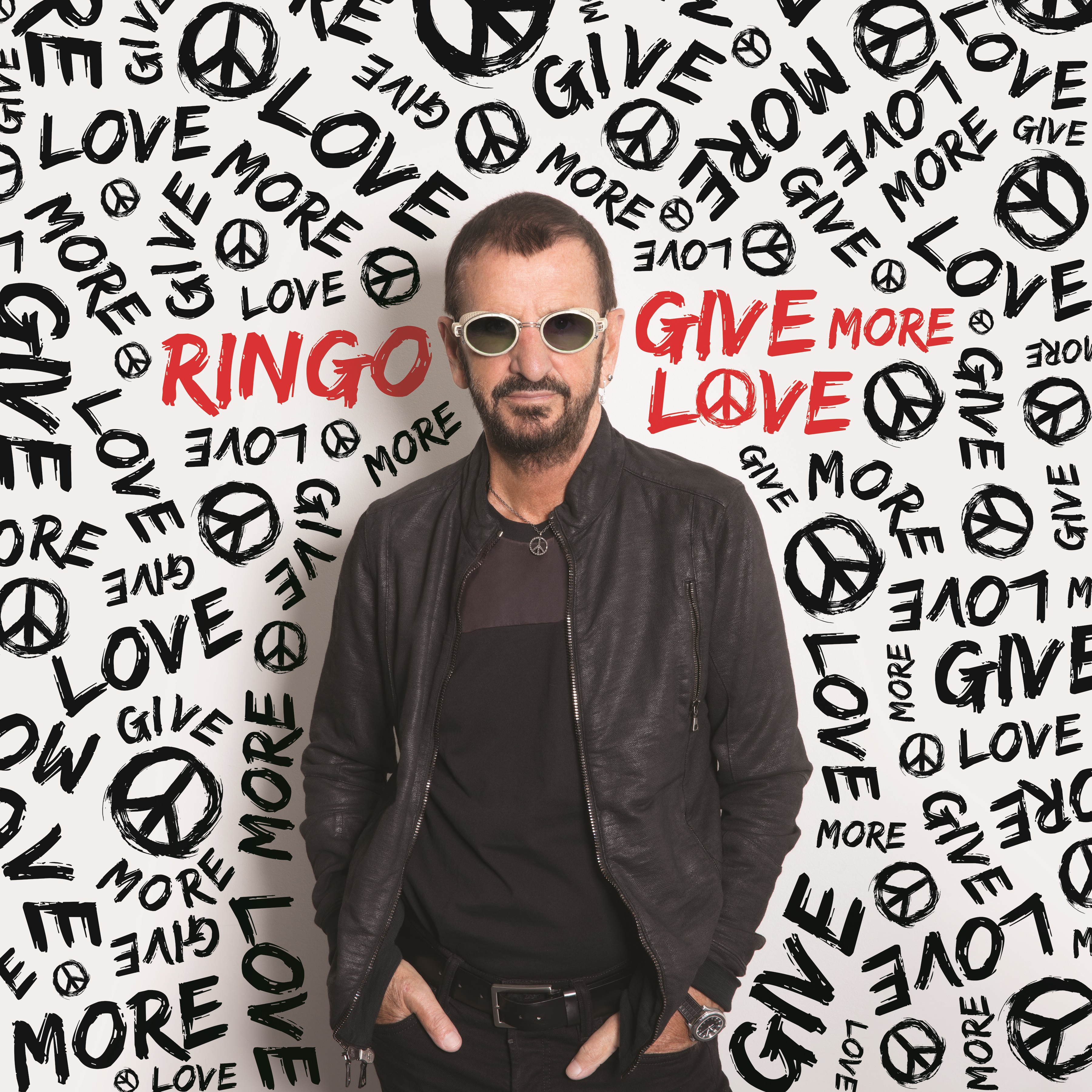 In an interview cited in my book Lennon on Lennon: Conversations with John Lennon, the late Beatle comments that Ringo “wasn’t known for writing his own material, and there was a bit of a worry [among the other Beatles when the group broke up]…how is his recording career gonna be? And in general, it’s probably better than mine, actually. So he’s doing all right.” Indeed. Starr may not be a songwriting genius or an exceptional vocalist, but he gets by just fine, thanks to high spirits, an amiable personality, a good musical ear, and, oh yeah, world-class drumming.

All of those attributes are in evidence on the self-produced Give More Love, his 19th and latest release, which incorporates contributions from such luminaries as Paul McCartney, Peter Frampton, Joe Walsh, Edgar Winter, Don Was, and Dave Stewart. The 14-track program—all written or co-written by Starr—includes a few throwaways, such as “We’re on the Road Again” and “Laughable” (which, unfortunately, are the leadoff cuts). But the sentimental “Show Me the Way” is catchy, as is the countrified “So Wrong for So Long”; “Shake It Up” is an infectious Sun Records-style rave-up; and even better are remakes of the Beatles’ “Don’t Pass Me By” and Ringo’s best solo hit, “Photograph,” both featuring backup by the indie-folk outfit Vandaveer.

The album leaves little doubt that Ringo loves what he does. For more evidence of that, consider that while he turned 77 this summer, he’s hitting the road for a U.S. tour this fall. Something tells me he’s not doing it because he needs the money.

Chris Fullerton, Epilepsy Blues. The Austin, Texas-based Fullerton is one of those guys who could turn heads by singing the phonebook, so the distinctive, well-honed lyrics on this all-originals debut collection constitute a bonus. “The songs are about my depression and struggle to cope with a medical crisis,” he has said. “A lot are very hopeful about being in a dark place but knowing there’s light at the end of the tunnel.” The album—which hovers somewhere between country and folk, with a dollop of honky tonk thrown into the mix—keeps Fullerton’s deep-throated, personality-drenched vocals front and center, where they belong. Instrumentation is sparse—some violins, pedal steel, and guitar. Hearing this debut reminds me of listening to first albums by artists like Tom Pacheco, whose vocals Fullerton’s recall, as well as John Prine and Jesse Winchester. You know you’re getting a first taste of something special.

The Shopkeeper (film). Austin, Texas-based singer/songwriter Rain Perry turns to filmmaking to document the challenges musicians face in the era of streaming, downloads, and file trading. Her jumping-off point is the story of Mark Hallman and his struggling Congress House, Austin’s oldest continually operating recording studio, whose clients have included David Byrne, Janis Ian, and Nanci Griffith, to name a few. The film features lots of artists who love the Congress House and Hallman’s approach to music-making, including Ani DiFranco, Charlie Faye, Eliza Gilkyson, Jon Dee Graham, Andrew Hardin, Iain Matthews, and the great Tom Russell. Portions of this feel rather like a home movie that might be of more interest to the participants than to the general public. Still, the film has a lot of heart and asks thought-provoking, important questions that should matter to anyone who cares about the future of music and musicians. (For info about the film, which will be released on DVD on August 21, visit shopkeepermovie.com.)

Amber Cross, Savage on the Downhill. Moved by a Chuck Hawthorne concert, Amber Cross introduced herself to the singer. Then she listened to his album and, as she says in the liner notes for this CD, “there was a sound there that I could clearly hear behind my songs.” So she called Hawthorne and asked him whether he’d pitch her music to his producer, Ray Bonneville. Hawthorne said yes, which led to a Bonneville production for this fine album. The CD profits from Cross’s arresting, unaffected vocal work and a program of understated vignettes about human interactions. Cross wrote all the songs herself except for “Tracey Joe” and the title cut, both of which she composed with Bonneville, and “Lone Freighter’s Wail,” which is credited solely to Bonneville. Hawthorne lends a hand too, singing backup on the melancholy “Eagle & Blue.”

Andy Hall & Roosevelt Collier, Let the Steel Play. Vocals add a lot to music for me, so an album that lacks them generally starts out with a strike against it in my book. Nevertheless, this all-instrumentals set from guitarist Andy Hall (of the Infamous Stringdusters) and pedal-steel player Roosevelt Collier (the Lee Boys) grabbed my attention. On a varied program that embraces material ranging from Jerry Garcia’s “Crazy Fingers” to the Dillards’ “Reuben’s Train” and the standard “This Little Light of Mine,” they exhibit inventiveness, superb interplay, and dazzling slide guitar work. Who needs vocals when the music is this good?