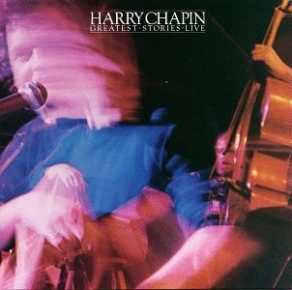 Reprising some of his most popular musical vignettes on Greatest Stories Live, a double-LP concert package, Harry Chapin proves what he says people have long been telling him: he’s “so much better live.” Since each of his recent albums has included a plethora of inane filler, one might add that he’s also much better when he sticks to the cream of the crop. Among the contents here: such less-than-profound but pleasant numbers as “W.O.L.D.” and “Cats in the Cradle,” plus an appropriately intense reading of “Taxi,” the early Chapin hit that remains his best composition.