Robin Lane grew up amid L.A.’s Laurel Canyon scene and entered the music world as a folk-rocker. (She sang backup on a song on Neil Young’s Everybody Knows This Is Nowhere when she was 16.) But the punk/new wave movement—which embraced the Police’s Andy Summers, her husband from 1968 to 1970—clearly had an impact on her. In 1977, she moved to the Boston area and formed the Chartbusters—a hard-rocking, guitar-driven outfit whose work recalls such acts as Blondie, Television, and Tom Petty’s Heartbreakers. (The group’s moniker was reportedly “a tongue-in-cheek homage” to the latter group.)

Lane and the Chartbusters didn’t exactly bust into the charts. In fact, the group never had a major national hit, though they seemed headed for one after their independently released first single (“When Things Go Wrong,” also on their Warner Brothers debut) garnered strong regional sales and its video became an MTV regular. Producers and record executives didn’t quite know what to do with the group; and Warner Brothers dropped them after a live EP and a second LP fizzled. Shortly thereafter, the outfit disbanded.

Their music deserves more attention than it received. It benefits from Lane’s emotive, self-assured vocals, which are sometimes redolent of Patti Smith, and from high-energy, hook-laden material, most of it by Lane. The guitar work—by her and bandmates Asa Brebner and Leroy Radcliffe, both veterans of Jonathan Richman’s Modern Lovers—is at times intense enough to recall Television’s Tom Verlaine. (After divorcing Summers, Lane was married for a time to Radcliffe.) Also noteworthy are the well-honed lyrics, which Lane has said are frequently “about how the world is awful and wonderful at the same time.”

The three-CD Many Years Ago: The Complete Robin Lane & the Chartbusters Collection offers a great way to get acquainted. It’s erroneously named, as it omits Piece of Mind, a reunion album from 2003. That aside, though, the 62-track collection delivers the goods. Among the material, much of which has been out of print for a long time: the contents of the band’s three-song first single; their eponymous 1980 debut LP; Imitation Life, the 1981 follow-up album; 5 Live and Heart Connection, EPs from 1980 and 1984, respectively; and previously unissued material from the sessions for the latter. Also featured is a generous assortment of demo and live tracks, including strong covers of Del Shannon’s “Keep Searchin’,” Willie Dixon’s “Violent Love,” and British rocker Johnny Kidd’s 1960 hit “Shakin’ All Over.” Everything has been remastered for this release, which includes a 20-page booklet with photos and notes about the band. 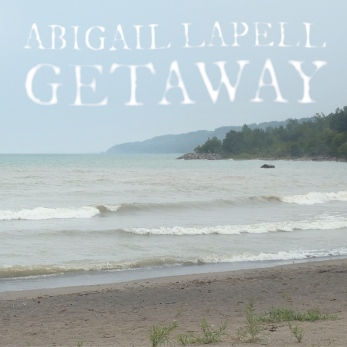 Abigail Lapell, Getaway. I wasn’t particularly surprised to learn that Toronto-based singer, guitarist, pianist, and songwriter Abigail Lapell once journeyed to venues for an entire concert tour on a bicycle and arrived at shows for another two tours via canoe. Like her travel modes, her music has a back-to-basics quality. All she needs to turn heads is her simple but compelling acoustic instrumentation and that gorgeous voice. Nobody sounds quite like her but if you want a reference point, the obvious one would be Nick Drake: like his music, hers combines acoustic guitar and pensive, introspective lyrics with moody vocals that are as powerful as they are understated. I realize it’s only February but it’s hard to imagine that this atmospheric and life-affirming album won’t wind up being one of the best folk albums of 2019.

Buddy Holly and the Royal Philharmonic Orchestra, True Love Ways. This is the latest in a series of CDs that pair the vocals and instrumentation on old recordings, mostly by deceased artists, with new music and arrangements by London’s Royal Philharmonic Orchestra. (Previous releases have featured Elvis Presley, Roy Orbison, the Beach Boys, and the Carpenters.) The concept may seem sacrilegious or even creepy, but it has worked surprisingly well and never better than on this collection of Buddy Holly music. Holly’s catalog is amazingly rich, especially when you consider the brevity of his career. (You have to wonder how much he might have accomplished if he’d had more time.) And it’s well suited to orchestration: in fact, Holly was experimenting with strings on songs like “It Doesn’t Matter Anymore” and “Raining in My Heart” in the months before his death. I suspect he would have approved of the Royal Philharmonic’s arrangements of those songs, as well as of the title track, “Everyday,” “Heartbeat,” “Oh Boy,” “Rave On,” “Words of Love,” “That’ll Be the Day,” “Peggy Sue,” “Maybe Baby,” and the relatively obscure “Moonbeams.”