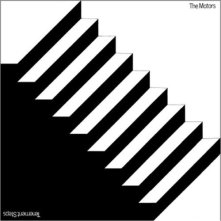 Once a foursome that featured Bram Tchaikovsky, the Motors now consist only of Nick Garvey and Andy McMaster. Thanks largely to the lush, expansive production by Jimmy Iovine (Springsteen, Patti Smith, Tom Petty), however, this third album sounds like the work of at least a dozen players. It also sounds promising. Granted, a few of the tracks prove overbearing and tedious after a few listens. But numbers like “Love and Loneliness” and “That’s What John Said” (the latter an apparent nod to John Lennon’s “In My Life”) seem irresistible. If you like mid-60s British outfits such as Manfred Mann and the Spencer Davis Group and appreciate pop hooks and wall-of-sound productions, give this a shot.