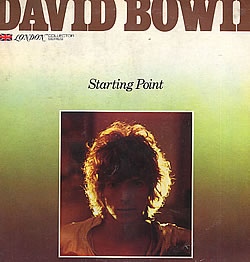 This is not the new David Bowie album, but rather a rerelease of late-60s tracks that have previously appeared on no fewer than three other American LPs. Were it not for the singer’s later achievements, only a few of them would be of much interest. As is, however, the set is a must for his most ardent fans, because it does much to explain the roots of an artist who didn’t reach U.S. ears until he’d refined his persona. Novelties like “The Laughing Gnome” and “Join the Gang” prove that Bowie has come a long way in recent years and also that he’s been weird from the word “go.” Time: 29:45.