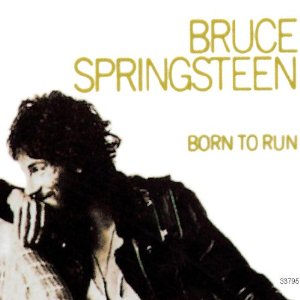 Bruce Springsteen greeted 1974 with one foot planted firmly in the promised land, the other still stuck in the backstreets.

Brought to Columbia Records two years earlier by an excited John Hammond—the man who’d signed Dylan, he had since issued a pair of albums and garnered thunderous critical applause for their contents. He’d been lauded as a genius by Crawdaddy’s Peter Knobler, called “rock ‘n’ roll’s future” by Rolling Stone’s John Landau.

But the LPs had sold poorly, and Columbia, reassessing its initial optimism, had committed itself to only one more album.

“I’ve got some great musicians in my band,” Springsteen told me early in 1974, “and I’m payin’ them terrible money. I pay myself the same. but it’s terrible for me too. I mean. we’re barely makin’ a livin’, barely scrapin’ by.”

Later in our conversation, after 1 mentioned that I’d yet to hear his debut album, Bruce underlined the extent of his dilemma. Offering to send me his sole copy of the disc, he explained that he himself had no use for it. It seems that “rock ‘n’ roll’s future” had so far been unable to afford a stereo system.

Unless you’ve spent the last few months on a jungle safari, you most likely know that that is no longer the case. Bruce’s new third album, Born to Run, has sold over a million copies and risen to the number-one position on the national charts. The title cut is a hit single. Time and Newsweek have run simultaneous cover stories and virtually every other publication with an interest in pop music has also featured him prominently.

And almost overnight, Bruce Springsteen has become a giant star.

Predictably, perhaps, many of those who once responded to his name with “Bruce who?” now dismiss Springsteen as a hype, a byproduct of a successful Columbia media blitz. But nothing could be further from the truth.

For one thing, while record company backing can certainly help to expose a potential star, it cannot make or sustain him: the music must speak for itself. Springsteen’s does; and by winning over listeners—who passed the word to friends who did the same—he ‘slowly but surely built the foundations of his fan club all by himself. When Columbia got behind him, it merely speeded up what had become the inevitable,

Moreover, Springsteen endured without effective promotional support for an unusually long time. The last major artist signed to Columbia under the regime of its ousted president Clive Davis, he was for several years viewed by the label as “Clive’s baby” and was consequently ignored, And his management’s apparent overzealousness reportedly turned off DJs who, as a result, eschewed his records.

Having unsurprisingly triumphed over these and other obstacles, Springsteen should now stay on top for a long, long time He is a musical giant, the most important rocker to emerge since Dylan.

Like all great artists, Springsteen builds on the past. Born to Run often proves redolent of the Band, Dylan, an Morrison and Roy Orbison. The production, by Bruce, Mike Appel and Jon Landau, owes much to Phil Spector. And the larger-than-life lyrical landscape, where characters “sweat it out on the streets of a runaway American dream,” echoes Kerouac’s On the Road, James Dean’s Rebel without a Cause and Dylan’s “Like a Rolling Stone.”

Partly because the story is so real and all-important to Springsteen, however, he is able to make it his own, to make us believe in it all over again. Never has rock ‘n’ roll seemed simultaneously as fresh and familiar as in the majestic piano intro to “Backstreets” or the effusive guitar chords of “Born to Run.” Never has the desperation of those imprisoned in America’s “Backstreets” been more poignantly evoked than in that song or, indeed, this entire album.

“Oh, oh, come take my hand,” Bruce sings in the aptly titled “Thunder Road,” the LP’s irresistible opener. “Riding out tonight to case the promised land . . . It’s a town full of losers, I’m pulling out of here to win.” As the album progresses, however, the protagonist remains “stranded in the backstreets” where the “promised land” turns out to be a “jungleland.” But Springsteen. illustrating this failed journey, takes us all to the “promised land” of rock ‘n’ roll.