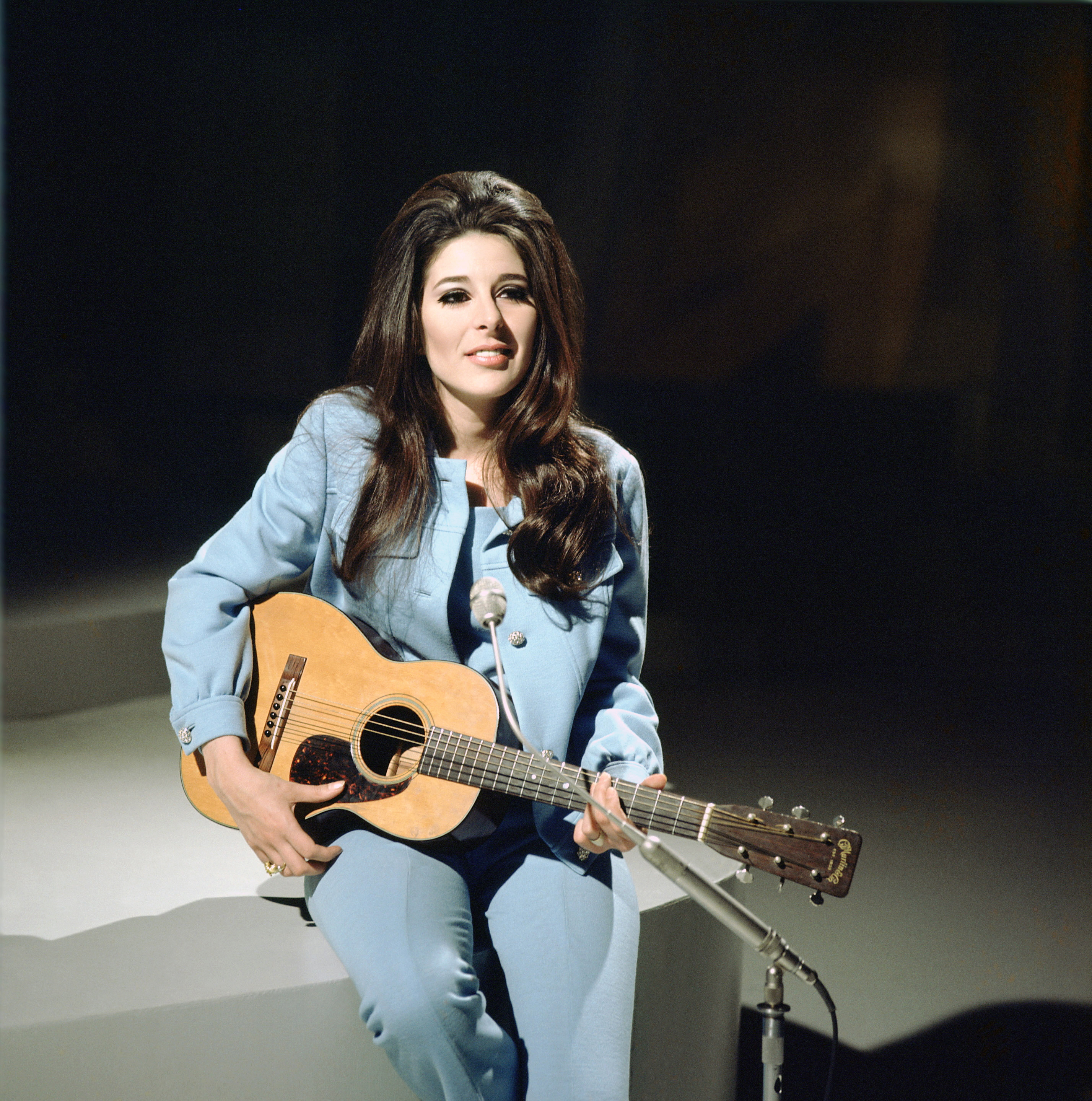 When I saw Don McLean in concert some years ago, he introduced “American Pie” by mentioning that people often asked him what the song meant. “It means,” he noted after a pause, “that I never have to work again.” Bobbie Gentry could undoubtedly say the same thing about her brilliant “Ode to Billie Joe,” which replaced the Beatles’ “All You Need Is Love” on the top of the American charts, stayed there for four weeks in 1967, garnered eight Grammy nominations and three wins, and was later the subject of a film. She never had another Top 10 pop hit in the U.S., but apparently largely as a result of that one record, she is now worth many millions of dollars.

The minor-key number—which, incredibly, was originally slated to be given to another singer and then to be a B side but wound up being her first solo single—is a bona fide classic. Moody orchestration punctuates Gentry’s nuanced vocal, and her enigmatic, sharply honed verse tells a tale that’s as rich and engrossing as anything you’ll find in pop music. Perhaps only the subject of Carly Simon’s “You’re So Vain” has prompted as much speculation as the question of what was thrown off the Tallahatchie Bridge in “Ode to Billie Joe.”

Gentry appeared on the U.S. Top 40 charts three more times, in 1969 and 1970; had some success in the U.K.; and continued performing and recording into the early 80s. Then, unlike McLean, she really did stop working. She gave her last public performance in 1982 at age 40. Since then, the now 74-year-old artist has lived a life so reclusive that it has sparked comparisons to J.D. Salinger and Harper Lee. She has not released any albums, performed any concerts, or even given any interviews.

She did, however, record a good deal before that, and especially for Capitol from 1967 to 1971; and all of the material from those years is contained in a lavish new box set called The Girl from Chickasaw County. It comes with a generously illustrated, 84-page hardcover book that includes a chapter about each of the eight discs. There’s also a set of postcards and a copy of an early draft of Gentry’s handwritten lyrics for “Ode to Billie Joe.”

The box collects all seven of her studio albums from this period—among them a disc of duos with Glen Campbell that features two of her three minor hits. Also here are more than 75 previously unreleased outtakes, demos, and other rarities, such as 26 numbers recorded live at the BBC, where Gentry had her own show for several years. Altogether, there are 177 well-remastered tracks on eight discs, including more than 80 mostly excellent originals (a few written with collaborators).

Gentry proves to be a fine singer—and as versatile as her song sources might suggest. She’s equally at home, for example, with material as diverse as Bacharach and David’s “This Girl’s in Love with You,” Jerry Jeff Walker’s “Mr. Bojangles,” and Mac Davis’s “In the Ghetto” (the Elvis hit). Her sultry, self-assured vocals often remind me of those on Dusty Springfield’s Dusty in Memphis, which is high praise indeed. (In fact, this box includes an excellent cover of Springfield’s “Son of a Preacher Man.”) At her best, Gentry displays an extraordinary amount of vulnerability, intimacy, and emotion.

Like many career-spanning boxes of this length, The Girl from Chickasaw County is uneven: some of the material is fluffy and some of the performances are below par. And nothing here suggests that Gentry’s best-known track isn’t also her best. Still, this box offers compelling evidence that she should be remembered as a whole lot more than a one-hit wonder.

Various artists, 3×4. A 2013 charity concert featuring reunited members of four of the most significant bands from the early 80s West Coast paisley-underground scene led to the idea for this album. It’s called 3×4 because its program features each of the four groups—the Bangles, the Dream Syndicate, the Three O’Clock, and Rain Parade—performing songs originally recorded by the other three. That may sound a little gimmicky but wait till you hear this music, which overflows with addictive hooks, great harmonies, and shimmering guitar work. Granted, I come to the album with a predisposition for the paisley-underground sound, whose influences include the Velvet Underground, psychedelic British 60s music, punk, and Elektra’s famous Nuggets anthology; but to my ears, this is one of the year’s best rock records. As such, I was happy to learn that all of these four acts are continuing to perform. Let’s hope that full CDs from each of them will follow.

Marianne Faithfull, Come and Stay with Me: The UK 45’s 1964-1969. For a few years in the mid-60s, Marianne Faithfull’s dreamy pop songs offered a bright spot on Top 40 radio, thanks largely to her fine vocal work and Andrew Long Oldham’s inspired orchestral arrangements. Another plus: consistently strong material from writers like Keith Richards and Faithfull’s then-boyfriend Mick Jagger (who coauthored “As Tears Go By” with Oldham), John D. Loudermilk (“This Little Bird”), and Jackie DeShannon (“Come and Stay with Me”).

This 22-track collection includes all those numbers; the other essentials from the earlier Marianne Faithfull’s Greatest Hits; every one of her other British A and B sides from 1964 through 1969; and the contents of a period EP that featured a French version of “What Now My Love?” and a cover of Donovan’s “The Most of What Is Least.” You’ll have to turn to A Perfect Stranger: The Island Anthology for the next phase of Faithfull’s career, which began in 1979 with the album Broken English. But the present collection does embrace the jarring Jagger/Richards/Faithfull composition that pretty much explains why a decade preceded the comeback: “Sister Morphine.”

Ynana Rose, Tea Leaf Confessions. If you forced me to pin a label on this album, I’d call it folk, but singer Ynana Rose moves effortlessly among several genres, including pop and country. Self-penned songs dominate this CD, which includes two cowrites and a faithful-to-the-original reading of Lefty Frizzell’s classic “I Want to Be With You Always.” Spiced with pedal steel, fiddle, cello, and banjo, most of the tunes are about romantic love or nature but there are a few side trips, such as “Thin White Line,” which tells of a mother who left home when the song’s protagonist was three and spent “a lifetime of running.” Another emotive highlight is “Lillian,” in which Rose describes how she finally came to see the composition’s namesake not just as her grandmother but as a full human being who’d lived a long and colorful life.

Bob Dylan, The Unplugged Rehearsals. As the title promises, this hour-long album delivers tapes from the rehearsal that preceded Bob Dylan’s excellent 1994 MTV Unplugged gig. The program includes six selections that didn’t make it into the show or its 1995 companion CD: “Don’t Think Twice, It’s All Right,” “Everything Is Broken,” “Hazel,” “Love Minus Zero/No Limit,” and two takes of “I Want You.”

Also featured are five numbers that did appear in Unplugged, albeit sometimes in quite different versions: “Desolation Row,” “Dignity,” “The Times They Are A-Changin’,” “Tombstone Blues,” and “With God on Our Side.” You may be tempted to throw in the towel after the opening track, a poorly preserved and largely instrumental version of “I Want You” that buries what little there is of Dylan’s vocal in the mix. But don’t. Granted, these recordings are not generally on a par with the MTV Unplugged album, either musically or in terms of production values. But they include some fascinating experiments, at least several of which pay major dividends. Witness, for example, the sprightly guitar jam on “Don’t Think Twice,” which sounds like something out of Nashville Skyline.