No rock group ever bade farewell to its fans more memorably than the Band. On Thanksgiving Day in 1976—after eight years of gigs in roadhouses, bars, and dance halls and another eight in the big time (some of that with Bob Dylan)—the group returned to San Francisco’s Winterland Ballroom, the venue where they’d first performed as the Band. With the help of the late promoter Bill Graham, they served a turkey dinner to 5,000 guests; then they performed a final concert billed as the Last Waltz that featured many of their friends and influences, including Eric Clapton, Neil Young, Joni Mitchell, Neil Diamond, Emmylou Harris, Muddy Waters, the Staples, Ringo Starr, Ron Wood, Dr. John, Paul Butterfield, Van Morrison, Ronnie Hawkins, poet Lawrence Ferlinghetti, and, of course, Dylan. Highlights of the show appeared on LP in 1978; and Martin Scorsese, who filmed the proceedings, released a movie version that same year.

Highlights include Neil Young’s “Helpless,” with a vocal assist from Joni Mitchell; and a high-energy set from Bob Dylan.

You may or may not agree with those who have called Scorsese’s creation the greatest concert film ever made—I’d argue that at least a few others are stronger contenders for the throne—but it’s high on the list. The movie, which opens with the message “This Film Should be Played Loud,” presents colorful Band interviews about life on the road, conjures up their sense of community, and reprises much of their finest music. It features many terrific performances, including some by people who are now ailing (Mitchell) or no longer with us (such as Waters, Butterfield, and three of the Band’s five original members). Among the highlights: Young’s “Helpless,” with a vocal assist from Mitchell; the Band’s “The Weight,” with soulful backup by the Staples; Dr. John’s sublime “Such a Night”; Waters’s wicked “Mannish Boy”; and a high-energy set from an atypically smiling Dylan that ends with an all-hands-on-deck reading of “I Shall Be Released.” 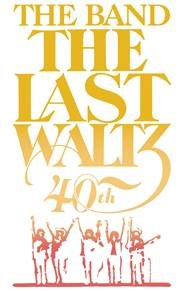 Speaking of being released, both the movie and the audio have been reissued multiple times in expanded and enhanced editions. Most notably, for its 25th anniversary, the film gained a commentary track from Scorsese and an illuminating featurette called Revisiting the Last Waltz; and it appeared on Blu-ray four years later. As for the audio, the 25th anniversary brought a four-CD set that dramatically expanded on the original release by incorporating the full concert plus jam sessions and rehearsals. Among bonus goodies: Clapton’s “All Our Past Times” and Mitchell’s “Furry Sings the Blues,” neither of which the film includes; the Band’s “King Harvest (Has Surely Come),” which wasn’t performed in the concert; and rehearsals for Morrison’s “Caravan” and Dr. John’s “Such a Night.”

So what’s left to add in 2016, the 40th anniversary of the concert? Mainly just a handsome, well-illustrated hardcover book with extensive new notes by Rolling Stone’s David Fricke and critic Ben Fong-Torres. Also, the Blu-ray and the four CDs are being packaged together for the first time. If you’ve already got both, you don’t need this latest collection. But if you’ve somehow managed to avoid The Last Waltz until now, by all means pick it up. One of rock’s best parties may have ended more than four decades ago, but thanks to this release and its predecessors, you can still enjoy it.