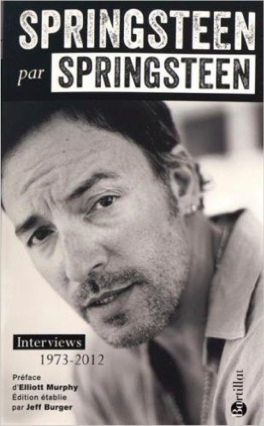 The French edition of my book Springsteen on Springsteen has been published by Paris-based Editions Bartillat. Rock artist Elliott Murphy, who wrote the foreword, gets cover billing on this edition, as he has lived in France for decades and is well known to music fans there. The book has previously been issued in the U.S. and Canada by Chicago Review Press; in England, Ireland, Australia, and New Zealand by Omnibus Press; and in Japan by Space Shower Books.