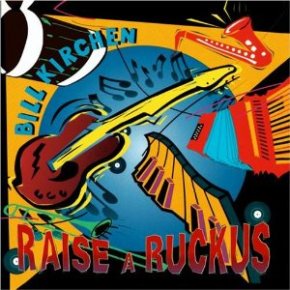 After hearing this release from Bill Kirchen, you won’t be surprised to learn that he spent about 10 years with Commander Cody & His Lost Planet Airmen, and has also worked with Nick Lowe. Like Cody and Lowe, Kirchen has a sense of humor and favors a stripped-down rock sound that owes heavy debts to country, rockabilly, boogie and western swing. His band does a creditable job, and they’re joined by some outstanding guests, most notably accordionist Flaco Jimenez. The album has its moments, among them the Bob Wills-like “Big Hat/No Cattle” and the horn-spiced ballad, “Dream World,” both penned by Kirchen’s wife, Louise. Pedestrian rock material dominates the rest of the collection, though, and a bigger shortcoming is Kirchen’s voice, which is pleasant and competent but not particularly memorable or emotive.