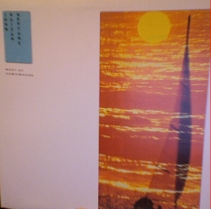 You probably haven’t heard of John Kaizan Neptune, one of the world’s leading shakuhachi players, but then you probably haven’t the foggiest idea what a shakuhachi is, either. Neither did I, until the recent release of Neptune’s West of Somewhere, whcih features that instrument on original compositions that flirt with everything from jazz to folk to Afro-Cuban music. The artist has lots of potential—and so does the shakuhachi, which is a Japanese bamboo flute with a dynamic range so wide that, on the lower notes, it sounds like a saxophone.