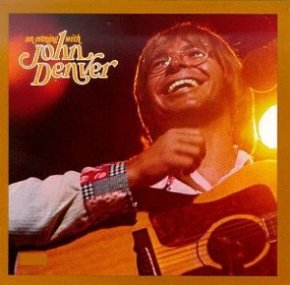 John Denver didn’t write “Thank God I’m a Country Boy,” his current chart number, but its lyrics seem to sum up a good part of his philosophy. “Life ain’t nothin’ but a funny, funny riddle,” he sings, and so it appears throughout much of this double LP. Some of Denver’s own songs are as simplistic and tedious as his “far out, I’m a star” raps, and his readings of others’ material (Lennon/McCartney’s “Mother Nature’s Son,” Tom Paxton’s “Forest Lawn,” etc.) add nothing to the well-known originals. Denver consistently shines, however, on side four. Including “Poems, Prayers and Promises” and “Rocky Mountain High,” two of the singer’s most substantial hits, the side also features a version of “Take Me Home, Country Roads” exquisite enough to win over even those who might be tempted to use the enclosed Denver poster for wrapping fish.