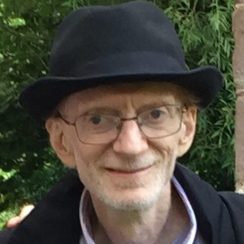 A writer and editor for many years, Burger has covered popular music throughout his journalism career. His reviews, essays, and reportage on that and many other subjects have appeared in more than 75 magazines, newspapers, and books, including Barron’s, the Los Angeles Times, Family Circle, Melody Maker, High Fidelity, Creem, Circus, Reader’s Digest, Gentlemen’s Quarterly, All Music Guide, the Berkeley Barb, SeattlePI, theMorton Report, Best Classic Bands, Americana Highways, Country Standard Time, Blogcritics, and No Depression.

Burger has been the editor of several periodicals, including Phoenix magazine in Arizona, and he spent 14 years in senior positions at Medical Economics magazine, the country’s largest business magazine for doctors. A former consulting editor at Time Inc., he is now the editor of Business Jet Traveler, which has won more than 90 major editorial awards since he joined the publication in 2004. In an annual editorial competition sponsored by the American Society of Business Publication Editors, BJT has been cited for general excellence and named as one of the country’s best business magazines in 2011, 2013, 2016, and 2018. The publication has also won Folio: Eddie Awards for Best Issue of a Consumer Travel Magazine, most recently in 2017.

Burger lives in Ridgewood, New Jersey. His wife, Madeleine Beresford, is a puppeteer and former preschool director and teacher. The couple have a son, Andre, and a daughter, Myriam.