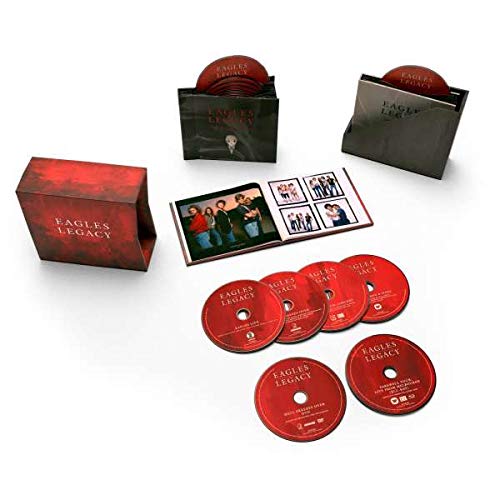 Asked to categorize the Eagles, most fans and critics would probably label them country rock, which is understandable, because they have strong roots in that genre. Original bassist Randy Meisner came from Poco while original guitarist Bernie Leadon did time with the Flying Burrito Brothers and guitarist/vocalist Glenn Frey and vocalist/drummer Don Henley both worked with Linda Ronstadt. Moreover, the Eagles’ early hits, such as “Take It Easy,” “Peaceful Easy Feeling,” and “Already Gone,” fit comfortably under a country-rock umbrella.

But time and personnel changes revealed a band that is much more diverse and difficult to pigeonhole. Guitarist Joe Walsh, the former leader of the James Gang, replaced Leadon in 1976, adding funky compositions and a harder rock edge. The year after that, Timothy B. Schmit, Meisner’s replacement in Poco, replaced him in the Eagles as well, injecting a pop sensibility and high tenor vocals on songs that sometimes seem redolent of latter-day Bee Gees. In concert, the group began including some of each member’s solo material, which expanded the canvas even more than their increasingly wide-ranging Eagles work.

The combination of these varied talents resulted in a noteworthy albeit uneven catalog that has made the Eagles one of the bestselling popular-music groups of all time, with more than a dozen Top 20 hits, including five number ones. If that success sometimes seems to be the result of a calculated effort rather than of simply being lucky enough to find an audience for music that issued from the heart, well, that’s because it often was: as Henley has acknowledged, he and Frey didn’t generally write from personal experience; rather they tried to focus on universal themes to which a lot of people could relate. That approach has sometimes produced cliches and thinly drawn portraits, but even when it has, the quality of the compositions and first-rate vocals and musicianship have generally eclipsed any shortcomings.

Unless you’re after the show that was included with the Hotel California reissue and that has been understandably omitted here, this is pretty much a one-stop shop for Eagles lovers.

Last year witnessed the release of a 40th anniversary expanded edition of the 26-million-selling Hotel California, arguably their most celebrated LP. And there have been several attempts to anthologize material from throughout the group’s career, including Selected Works 1972–1999, which came out back in 2000. But for comprehensiveness, nothing comes close to Legacy, which on 14 discs delivers just about everything an Eagles fan could want: CDs containing three concerts, singles, B sides, and 2013 remasters of all of their seven studio albums, plus one concert on DVD and another on Blu-ray. 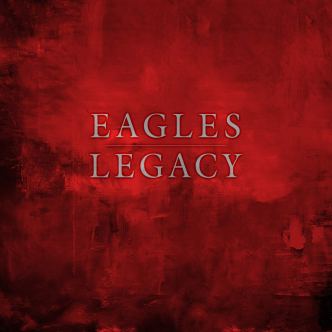 Unless you’re after the show that was included with the recent Hotel California reissue and that has been understandably omitted here, this is pretty much a one-stop shop for Eagles lovers. And it’s well packaged, though original album art would have been a nice plus, as would a more substantive accompanying book. (The CD-sized one here devotes a mere two pages to summing up the Eagles’ career and includes track lists that omit such key details as personnel lineups and concert dates and locations.) Of course, it’s the music that matters most, and there’s plenty of that in this box. Here’s a look at what’s included:

Desperado—Though not as light and breezy as the debut, this 1973 sophomore effort is just about as laudable, and sometimes more so. Don Henley and Glenn Frey come into their own as a songwriting team, delivering at least two gems: “Tequila Sunrise” and the title track.

On the Border—Producer Bill Szymczyk replaces Glyn Johns and guitarist Don Felder joins the lineup on this 1974 album, which finds the Eagles scoring their first chart-topper with “The Best of My Love,” a solid albeit formulaic pop ballad by Frey, Henley, and J.D. Souther. Also here: the hard-rocking “Already Gone,” a high-octane kiss-off to a relationship, and a harmony-laden cover of Tom Waits’s great “Ol’ 55.”

One of These Nights—The genres start to blur on this excellent 1975 release, which incorporates everything from a waltz to disco influences. The highlight is the lilting “Lyin’ Eyes,” a portrait of a woman married to a man with “hands as cold as ice” who is “headed for the cheatin’ side of town.”

Hotel California—Walsh comes aboard with this 1976 album and makes his influence felt on songs like “Life In the Fast Lane,” which he cowrote with Henley and Frey; and the reggae-spiced title cut, both of which limn 1970s Southern California decadence, a subject with which these guys were clearly quite familiar. The best cut, though, is arguably “New Kid in Town,” a Henley/Frey/Souther cowrite that sounds more akin to the group’s early country rock and features a memorable vocal by Frey.

The Long Run—Following a three-year break, the Eagles return with this 1979 set, which includes one of Schmit’s strongest vocals on the mainstream hit “I Can’t Tell You Why,” a song he wrote with Henley and Frey. That’s just one of a trio of chart successes that emerged from the album—the others are the title cut and the rollicking “Heartache Tonight”—but some of the rest is subpar.

Eagles Live—Recorded at several Southern California venues in 1976 and 1980, this 15-song 1980 release packs in most of the big hits, including “Take It Easy,” “Heartache Tonight,” “Wasted Time,” “Desperado,” and “Take It to the Limit.” The performances are mostly good but but not equal to those on some later live recordings, particularly those on Live from Melbourne (see below).

Hell Freezes Over—This 1994 reunion album couples four new studio tracks to 11 live performances on MTV, where the group proclaimed that “we never broke up, we just took a 14-year vacation.” The renditions are almost uniformly excellent, albeit a bit subdued. Highlights of the 15-track set include “Tequila Sunrise,” “I Can’t Tell You Why,” “Take It Easy,” and “Desperado.”

Hell Freezes Over—This concert DVD of the 1994 MTV performance incorporates material that’s missing from the CD, most notably a great reading of the emotive “Heart of the Matter,” a Don Henley solo classic (written with J.D. Souther and Heartbreaker Mike Campbell). The surround sound is excellent but the picture is not widescreen. An audio-only DTS recording of Steve Young’s “Seven Bridges Road” is a bonus feature.

The Millennium Concert—From New Year’s Eve in 1999 comes this hour-long 12-song set, which was previously available only on Selected Works: 1972–1999. In addition to the apropos “Funky New Year,” it includes Henley’s “All She Wants to Do Is Dance,” plus “Take It to the Limit,” “Hotel California,” and “Peaceful Easy Feeling.”

Farewell Tour: Live from Melbourne—This Blu-ray of a 2004 Australian concert, which at nearly three hours flirts with Springsteen length, is pretty much a home run, unless you count the bonus feature, a brief and fluffy batch of band interviews. The 30-track program—culled from the entire Eagles’ catalog as well as solo albums by Henley, Frey, Walsh, and Schmit—is probably too diverse to consistently please anyone. But even listening to tracks that aren’t among your favorites, you’re likely to be impressed by the consummate performances, not only from the four Eagles but from a large and perfectly in sync backup crew that includes a superb horn section. And it’s difficult to imagine that the set excludes anything on most fans’ wish lists. All the hits are here, plus such solo standouts as Frey’s “You Belong to the City” (cowritten with Jack Tempchin) and Henley’s “The Boys of Summer” (cowritten with Campbell), both of which were well-deserved smash hits. The picture quality and camerawork are superb, as is the DTS-HD Master sound.

Long Road Out of Eden—“Long road” is right: this 2007 double album is the Eagles’ first full-length studio LP since 1979’s The Long Run. It doesn’t evidence much growth but it does demonstrate that the group can still deliver the kind of material and performances that they churned out nearly 30 years earlier. Some of this sounds like filler and much of it seems like an effort to replicate old hits, but the trademark harmonies are intact and many of the hooks are still addictive. If this is the sound of a band just treading water, they’re at least doing that well.

Singles and B Sides—This 10-track disc features the studio recordings of the Eagles’ two holiday numbers, Charles Brown’s “Please Come Home for Christmas” and Henley and Frey’s own “Funky New Year,” plus the nearly a cappella “Hole in the World,” a response to the 9-11 terrorist attacks. Much of the rest—including single versions and edits of “Best of My Love,” “Lyin’ Eyes,” and other hits—will be of interest mostly just to completists.

The 2004 Australian concert was billed as being part of “Farewell 1 Tour,” and sure enough, as the numeral hinted, it wasn’t the end: though Frey died in 2016 and Henley subsequently said he didn’t think the Eagles would ever regroup, the surviving members returned to the stage in 2017 and have dates scheduled through the first part of this year. It’s been a long road indeed—and, as this box demonstrates, a frequently impressive one. 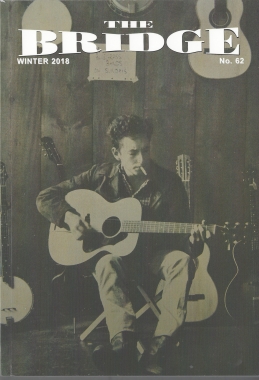