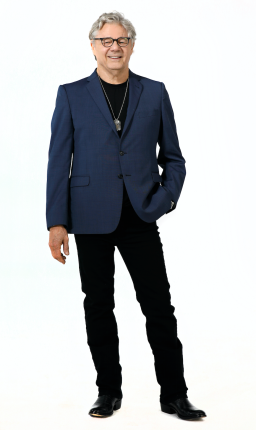 George Miller worked as a pathologist but was also an amateur recording technician and major jazz fan. As a result, his son, Steve, began getting a large taste of music when he was just a toddler: he had a drum set by age four; and, by five, he was singing and playing guitar. The newly released Ultimate Hits opens with a 50-second recording of Steve singing and playing at that age while guitar great Les Paul—his godfather—exclaims, “That was very good!…Steve, you’re really gonna go places.” Says the five-year-old: “The more I do it, the more embarrassed I get.”

Any embarrassment apparently faced quickly. At nine, Miller was learning guitar tricks from T-Bone Walker; and at 12, he was forming his first band, which included then classmate Boz Scaggs. It took a few more decades for success to arrive, but Miller eventually made good on Paul’s prediction, scoring nine top 40 hits between 1973 and 1982.“The Joker,” “Rock ’n Me,” and “Abracadabra” all topped the charts and two more numbers, “Fly Like an Eagle” (#2) and “Jet Airliner” (#8), came close.

Though based in San Francisco beginning in 1966, Miller eschewed the politics and psychedelia that issued from such burgeoning fellow Bay Area bands as the Grateful Dead, Country Joe and the Fish, and Jefferson Airplane. Instead, he delivered straightforward blues-based rock/pop that offered a radio-ready blend of strong beats, deft if lightweight lyrics, and hot guitar licks. You’re not likely to sit up nights pondering the meaning of lines like “I got to be moving on” and “My woman is a friend of mine,” and you’d be hard pressed to call this music inventive. But you’d also be hard pressed to turn it off. Steve Miller may have had a formula and a penchant for the mainstream, but his music sounds great. 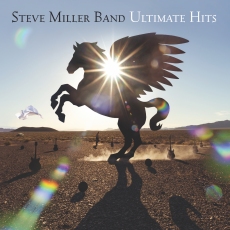 Two compilation albums had already appeared by the time the group’s singles disappeared from the Top 10 in the early 80s and at least six more repackaging have followed since then, including the 22-track Young Hearts: Complete Greatest Hits in 2003. Apparently “complete” was to be taken lightly, because now comes Ultimate Hits, a two-CD, 40-track package.

Versions of all the big singles are here, including nine previously unreleased tracks, among them a demo of “Take the Money and Run,” and live renditions of “Gangster of Love” and “Living in the USA.” Some serious fans might argue that this is no more “ultimate” than the last package was “complete,” because it lacks the original studio recordings of several band staples that appear only in concert renditions. Still, this is the best compilation to date of the group’s work and a great one-stop shop for anyone who enjoys Miller’s music. 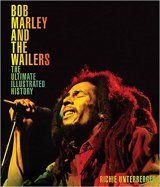 Bob Marley and the Wailers: The Ultimate Illustrated History, by Richie Unterberger. “When Bob Marley was born,” begins this book, “no one would have predicted that a boy of his background could become a musical revolutionary.” True. And when Bob Marley was sucking on spliffs and making the earliest of his revolutionary music with the Wailers in Jamaica, no one would have predicted that he’d wind up the subject of a coffee table book, but here we are. This well-illustrated volume, which includes a selected discography, covers Marley’s entire life and career and incorporates reviews of all of his important albums and singles. Longtime music writer Richie Unterberger provides the bulk of the authoritative text, but half a dozen other critics, including Gillian G. Gaar and Harvey Kubernik, also contribute reviews.