Andy Ferrell, At Home and in Nashville. An online search reveals only one previous release for Ferrell, an EP, and photos on his website suggest that he’s barely old enough to be out of high school. (Turns out he’s all of 23.) That’s astonishing because this blues-influenced country/folk album sounds like the work of a seasoned, established, and self-assured artist. Featuring six studio tracks recorded with a crack band in a Nashville studio and another half dozen from a solo concert in the singer’s native North Carolina, the CD is a gem from start to finish. Ferrell, who plays acoustic guitar and harmonica, sings original tunes that sound as timeless as those of Jimmie Rodgers, Woody Guthrie, and Hank Williams, all of whom appear to rank among his progenitors. Ferrell’s voice and eye for lyrical detail remind me a bit of the solo work of the Jayhawks’ Mark Olson while upbeat dancehall numbers like “Nobody to Answer To” recall some of the country rock that issued from the Flatlanders and the late, great Gram Parsons. Notable elements in the Nashville backup crew include Wanda Vicki’s fiddle, John Magnie’s accordion and organ, Robin Ruddy’s pedal steel and banjo, and the harmony vocals of the Railsplitters’ multitalented Lauren Stovall. But as the solo concert tracks here prove, a backup crew is just icing on the cake: even alone in the spotlight, this guy makes music that you won’t soon forget. 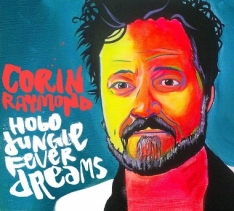 Corin Raymond, Hobo Jungle Fever Dreams. Canadian folk/rocker Raymond is an excellent vocalist and even better songwriter: he clearly loves words—and wordplay—and his collaborations with fellow writers here convey a sense of humor that sometimes recalls John Prine (whose name shows up in one track). Typical of this musically rich and diverse latest release is “I Only Drink a Little,” in which Raymond repeats the title phrase a few times before adding “too much.” Then, in the last verse, he tacks on two more words—“your honor”—so you realize who he’s talking to. In another standout, “Hard on Things,” he offers a deftly composed  laundry list of all the stuff he’s hard on, including his body, his bones, his tires, every tool he owns, his liver, his friends, and everyone he loves. Clever, lilting, affecting. and fun. 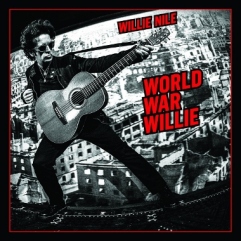 Willie Nile, World War Willie. The 10th studio album to result from Nile’s four-decade career is a mixed bag of thrills and disappointments. On the negative side, undistinguished songs like “Forever Wild,” “Grandpa Rocks,” and “Hell, Yeah” do little but prove that the 67-year-old singer can still rock. The good news is that tracks such as “Runaway Girl” and the emotive “Beautiful You” offer catchier, more imaginative material and more prominently feature his distinctive voice. And while Nile’s reading of “Sweet Jane” doesn’t add much to the Velvet Underground original, it’s a good fit for him and well executed. Nothing here quite measures up to indelible early triumphs like “Vagabond Moon” and “It’s All Over,” but several numbers come close.

Glenna Bell, Lone Star: Songs and Stories Straight from the Heart of Texas. You don’t have to listen to more than a song or two on Bell’s latest album to conclude that she’s the real deal: she commands attention with rich, quavering vocals that convey vulnerability, and she can write, too, as demonstrated by the country originals that dominate this CD. Among them: “Poor Girl (in Blue),” about Bell’s life in Texas, and “Christmas Is Coming,” a follow-up to her successful “Be My Valentine (on Christmas).” Also here: a compelling cover of “Heart of the Matter,” the second-best song Don Henley ever recorded on his own (after “The Boys of Summer,” of course).

The London Suede, Night Thoughts. The Suede—who have added “London” to their moniker, apparently so American audiences will know where they’re from—remain largely unknown in the States. But they’ve been big for more than a quarter century in the UK, where they’ve topped the charts several times, and I wouldn’t be surprised to see them finally break through here with this anthemic, dreamy collection. The passionate lead vocals by Brett Anderson sound redolent of the Waterboys’ Mike Scott, while the drumming and ringing guitars recall U2. The instrumentation, which employs sax and a full string section, provides an enveloping sonic landscape throughout the album, which comes packaged with a DVD that offers an impressionistic video companions to all the songs.