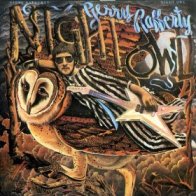 Like Gerry Rafferty’s superb “Baker Street” and the album from which it was culled, his new Night Owl boasts pensive lyrics and intricate arrangements. With the possible exception of “Already Gone” and the autobiographical “The Tourist,” the current set proves easier to admire than to enjoy, however. Besides being insufficiently distinctive and too densely layered, the songs here prove less exhilarating than those on the last LP; and, while Rafferty made excellent use of his unspectacular voice on the earlier album, this one simply buries the bulk of his vocals in a thick mix. I don’t hear another “Baker Street” on Night Owl, but I do hear too much talent to be sure that another blockbuster isn’t still just around the corner.