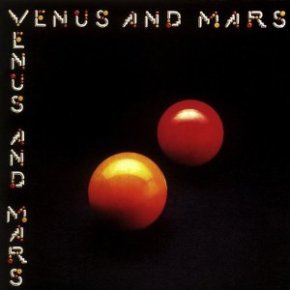 On the face of it, Paul McCartney covers a good bit of emotional turf on Venus and Mars, his new album with Wings: old age, drug abuse, and love. But the name of the game is entertainment, not communication. There is no blood on these tracks; neither is there any real evocation of joy.

McCartney proclaims his happiness often enough on this album, but his odes to his wife Linda, consisting entirely of platitudes, carry all the passion of “Frosty the Snowman.” In “Spirits of Ancient Egypt,” for example, McCartney croons, “You’re my baby and I love you so / You can take a pound of love / and cook it in the stew.” “Letting Go” brings such banalities as “Ah, she looks like snow / I want to put her in a Broadway show.” How the principal author of “Yesterday,” “Blackbird,” and “Hey, Jude” could plummet to this puerile level is anybody’s guess.

The other songs offer little relief. Such enervated semi-rockers as “Medicine Jar,” “Magneto and Titanium Man,” and “Rock Show” sound about as spontaneous as a computer printout and a whole lot less intelligent.

“Listen to What the Man Said,” the album’s hit single and best track, boasts an irresistible hook line and the disc’s most satisfying production. Significantly enhanced by Tom Scott’s sax fills, it profits also from McCartney’s perfectly attuned vocals. Nevertheless, it operates within a limited musical framework. And next to almost anything in the Beatles’ catalog, it is a weak effort indeed.

So there you have it: about 40 minutes of uninspired, often annoyingly inane music and disposable, silly lyrics, plus four minutes of hummable, calculatingly packaged pop.

Reincarnation is always a possibility, I suppose. For the time being, though, I must conclude that at least in a musical sense, the old rumors are true: Paul is dead.