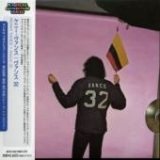 That Kenny Vance spent 13 years with Jay and the Americans, the quintessence of sugary-pop purveyors, renders his solo debut LP as surprising as it is impressive. Tackling eclectic styles on the album, the singer offers a fascinating musical patchwork, surveying several decades in neatly segued doses of song.

“Looking for an Echo,” for example, encapsulates the appeal of 50s rock even better than Sha Na Na’s excellent “Sleeping on a Song.” And readings of the Jive Five’s “My True Story,” Louis Lymon’s “I’m So Happy” and Sam Cooke’s “(What a) Wonderful World” evoke that era’s romantic naivete without camp or condescension.

Tipping his hat to traditional jazz and to Latin music, the singer seems to have the most fun. He delivers a charming, tongue-in-cheek “Blue Because of You,” the Fats Waller classic, complete with authenticating scratch noises; and his rendition of Kupersmith’s “Honeymoon in Cuba” is a wholeheartedly humorous romp through the days when “Castro was just a convertible, baby.”

Lavishly and sympathetically wrapped by producer Joel Dorn (whose recent credits include Don McLean’s Homeless Brother and Roberta Flack’s “Killing Me Softly”), this package may well turn out to be one of the nicest vinyl treats of 1975.